A short text to describe your forum

Edukator wrote: ↑Tue Nov 23, 2021 8:50 pm I know that cattle prod's are not considered as "real" electro torture here but looking at these girls reactions and terrified faces it shouldn't be fun either...

Actually cattle prods used on human bare skin can be extremely painful and should be used with great care.
Those who says they can't be used as torture devices have never experienced a cattle prod shock.
I remember reading somewhere (or maybe it was in the Insex GSH documentary ?) that at Insex they used a reduced number of batteries in order to lower the voltage (they replaced one or two batteries with dummy batteries) and even then it was nearly unbearable when used on some sensitive parts of the body. In many other video productions where cattle prods are used they are usually fakes.

Those tend to have the form of the first one. But size isn't necessarily an indicator of output. I've tried small ones that were very nasty, too.
Top

Not as severe as the cattle prods, (remote controlled) dog training collars are also very effective on human females.
They are cheap and readily available. Shock levels are adjustable in increasing steps from mild to very painful.
Many variations are possible and the collar can be attached to other places than the neck.

A very useful tool for training beginner females for more obedience and better behavior.
Can also be used discreetly in public for remote slave control, attitude correction and punishment.

The bitch needs to be kept in line
download/file.php?id=5378&t=1
Top 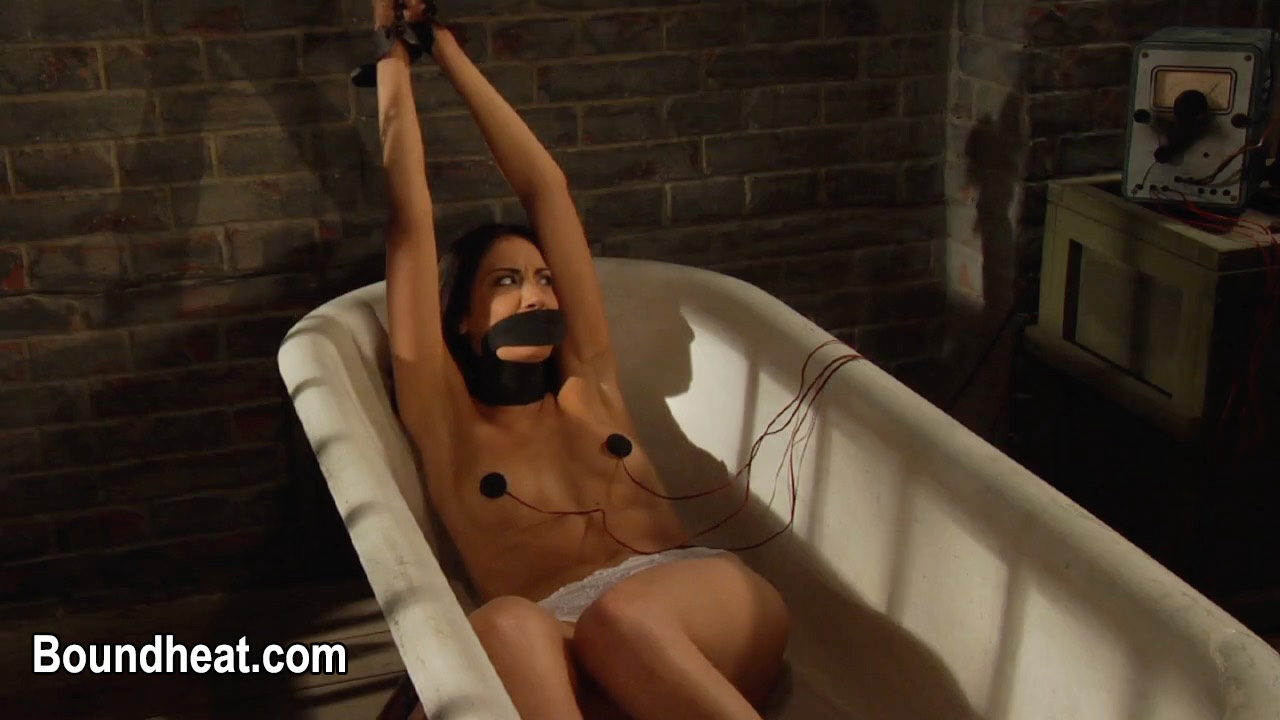 A few sessions of shock training will certainly help...

Good morning everyone, I wanted more info from the electrical device experts that are here in the thread. Mainly for narrative purposes (I write novels and short stories). Mainly I wanted to understand the difference in pain caused, effects and reactions that cause the different methods of electrical torture.
For example the cattle prod that was mentioned recently: I know it throws a single high voltage instant duration shock, right? Its pain is like a very strong local sting and can cause local burns on the skin, am I correct? Instead I wanted to understand for example collar shock if it causes similar pain or if it is totally different. Because while with the cattle prod I often see the victim jolt (like with a tazapper but much stronger) with the collar instead I often see the gimp stiffen before giving in to the pain.
Instead I wanted to understand the effect of the stun gun that seems totally different, even as a behavior of the device. The stun gun launches several strong shocks close together in time giving almost the effect of a continuous shock. In this case what happens to the victim? In the movies you often see the victim fall into convulsions and shaking, but does this really happen?
The same thing is seen to happen in "classic" electric torture (parilla or jumper cables) scenes with the victim having tremors all over the body. But shouldn't he instead stiffen from the pain in his muscles? And would he be able to scream from the pain or could he not because of the muscle stiffness? And most importantly, would the pain pass only in the area between the two electrodes or all over the body?
While we are at it (sorry if I ask a lot of questions, but it's faster to ask everything at once) I wanted to understand what happens when you use a metal bar crossed by current. For example on page 6 of this thread there is an example of a wooden horse that has on top a metal bar with electrodes at the ends, in another movie (I don't remember which site) there is a girl whose feet are resting on a metal plate crossed by current and every time she rests her feet she takes them off suddenly, remaining hung, until she has to rest again and so on.
Thank you to anyone who can answer me by clarifying my doubts.
Top