Post your Movie Reviews in this area.
Or go to the Movie Review Database
http://ralphus.net/reviews/index.html

The public showered love and admiration upon Lady Amanda’s enemy, Lady Ariel. In COP 6, Ariel preferred to be whipped senseless and carried from COP 6 rather than say the words “I give up” or “enough” to Amanda who was holding whip. When the pressure to show the heart and courage equal to that of Ariel became too much, Lady Amanda stood before the Cards of Pain.

Lady Amanda is the most reluctant of all warriors. She survived a traumatic yet enriching Wheel of Pain 25 and was the unlucky domina in two games where the “Switch” card appeared. Today she would have a game of her own. Lady Ariel with the memory of “Cards of Pain 6” fresh in her mind, was ready to do all she could to knock her out. 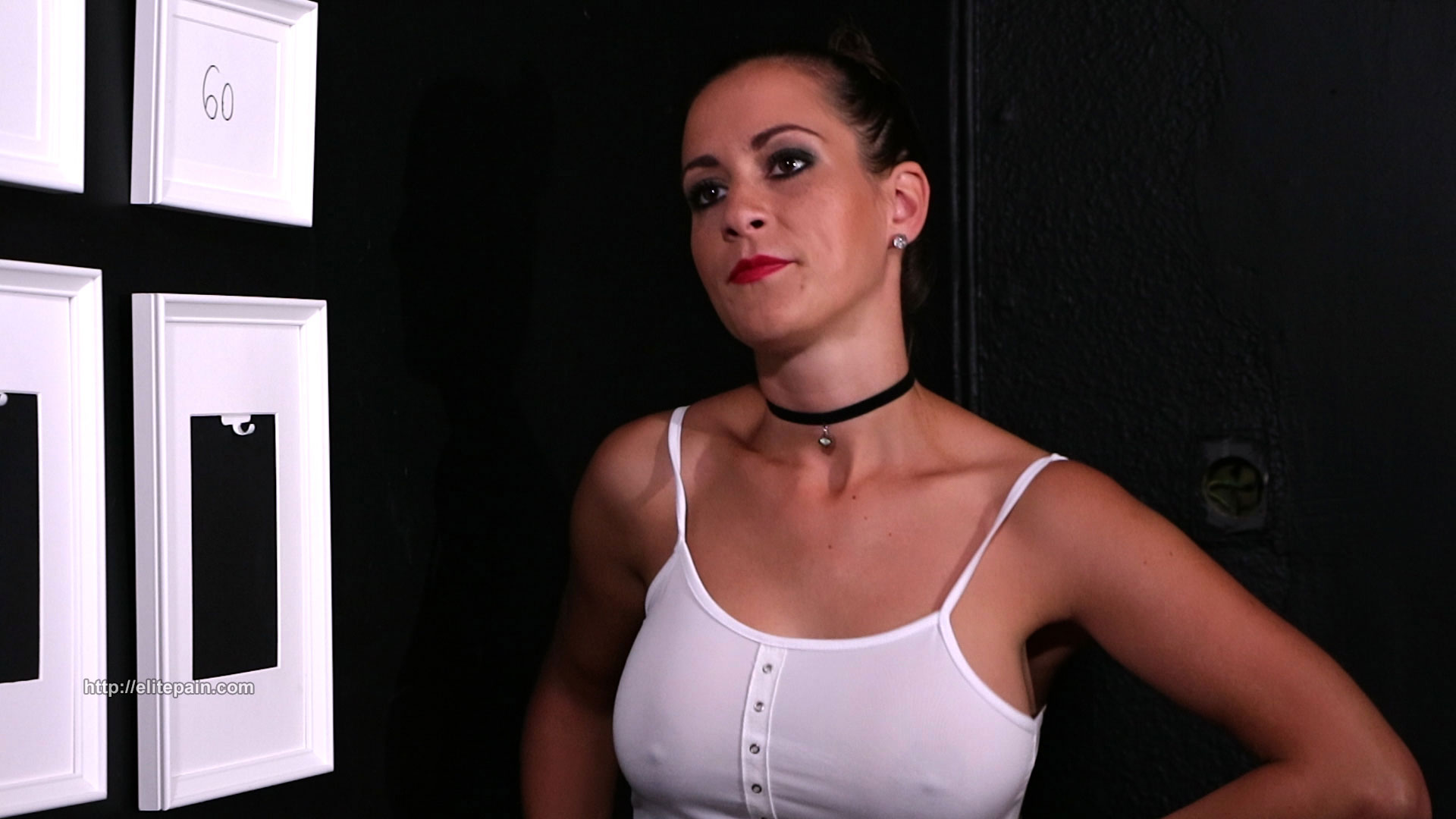 As an incentive to play the game, Amanda was allowed to avoid the “Breast” round in exchange for 20 extra strokes. She then chose to put 10 under the “Pussy”. The remaining 110 were 30 to “Thighs” 20 to “Butt” and 60 to “Back”. For the first round Amanda chose “Thighs”. The lucky card revealed a -5. It would be 25 stokes for her thighs. 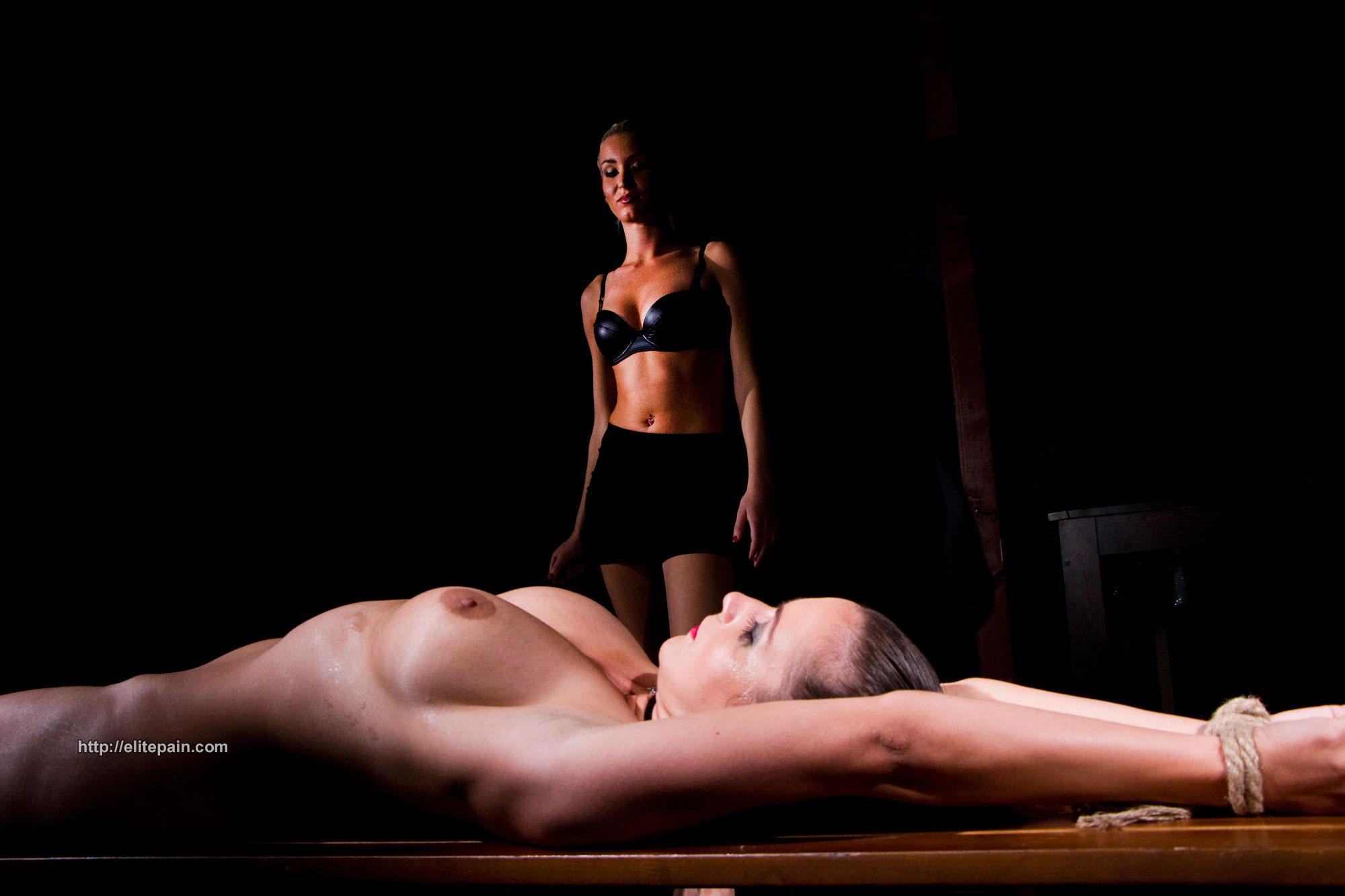 Throughout their history, Ariel had never had the opportunity to whip Amanda. It was now time to pay-back “Martial Law 4” and “Cards of Pain 6”. Lady Ariel glowed as she stood over Amanda who was stretched long ways on a bench and tied by her wrists and knees on either end. To make a greater impression, Lady Ariel went to the whip at stroke five after starting with the belt. It did not take long for Amanda to send insults and nasty language toward Lady Ariel. 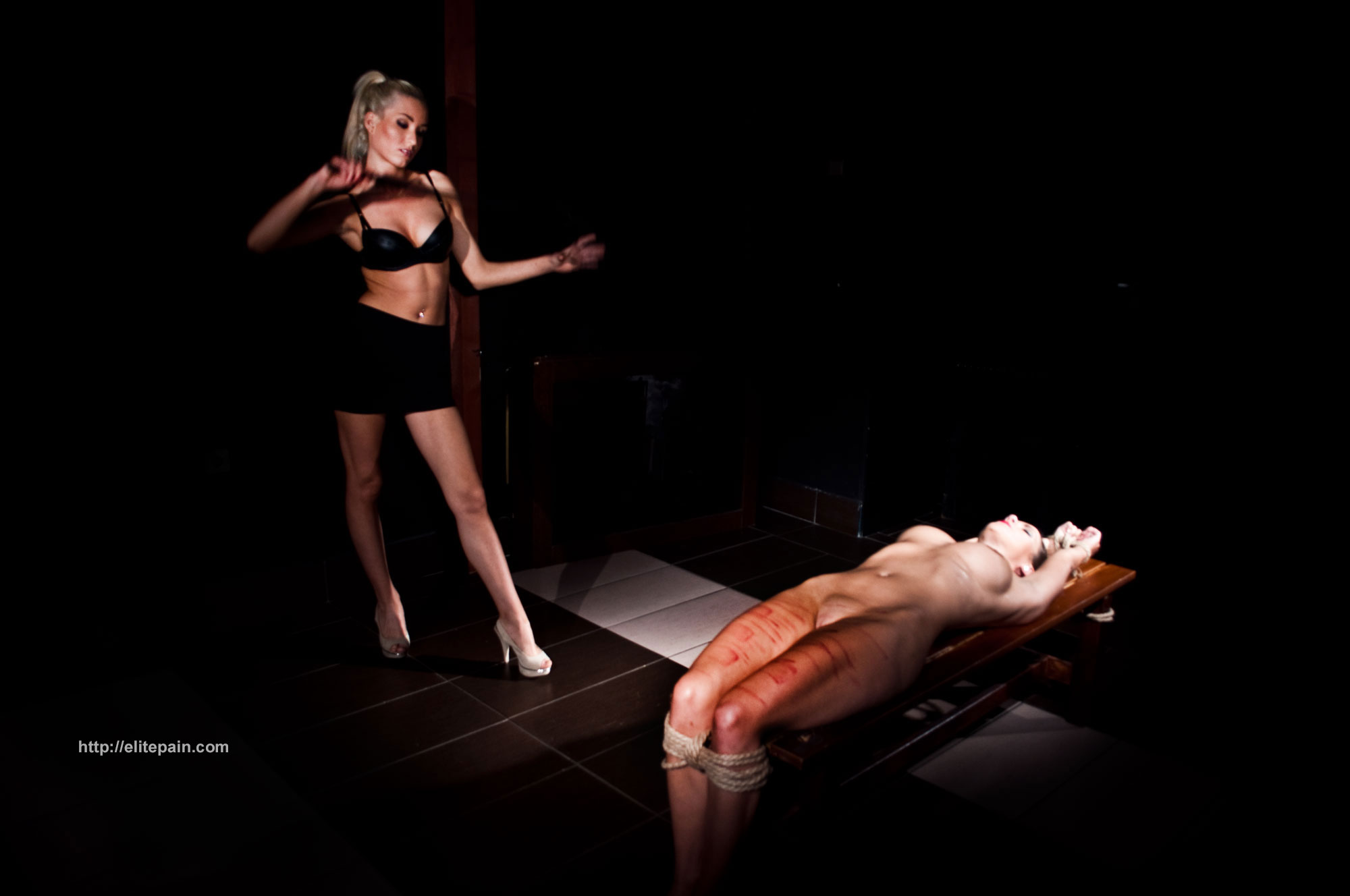 Like Darcia in Cards of Pain 8, Amanda complained of being struck on the pussy. Similar to Amanda in Cop 8, Ariel answered, “I decide how I whip you”. Lady Ariel took most of Amanda’s back-talk with a smile, allowing the whip speak for her. Amanda survives 25 strokes to the thighs with a few of those also striking her pussy.

At the game board after the round, Amanda complained about thigh strokes that also struck her pussy. Feeling that her pussy had enough abuse for the day when the “Stop” card was revealed for the “Pussy” body part, she “Stopped” before starting. All the ten strokes assigned to the Pussy round were moved into her next round.

The kink gods treat all fairly. They handed Ariel the “3x All” card in COP 6 and no greater fun was to be had today than to have Amanda place the “Dom’s Choice” card under the “Butt” body part. Immediately before placing the card on that hook during the opening interview, Amanda said she had a “feeling” this was a good place for it. Oh was it ever! 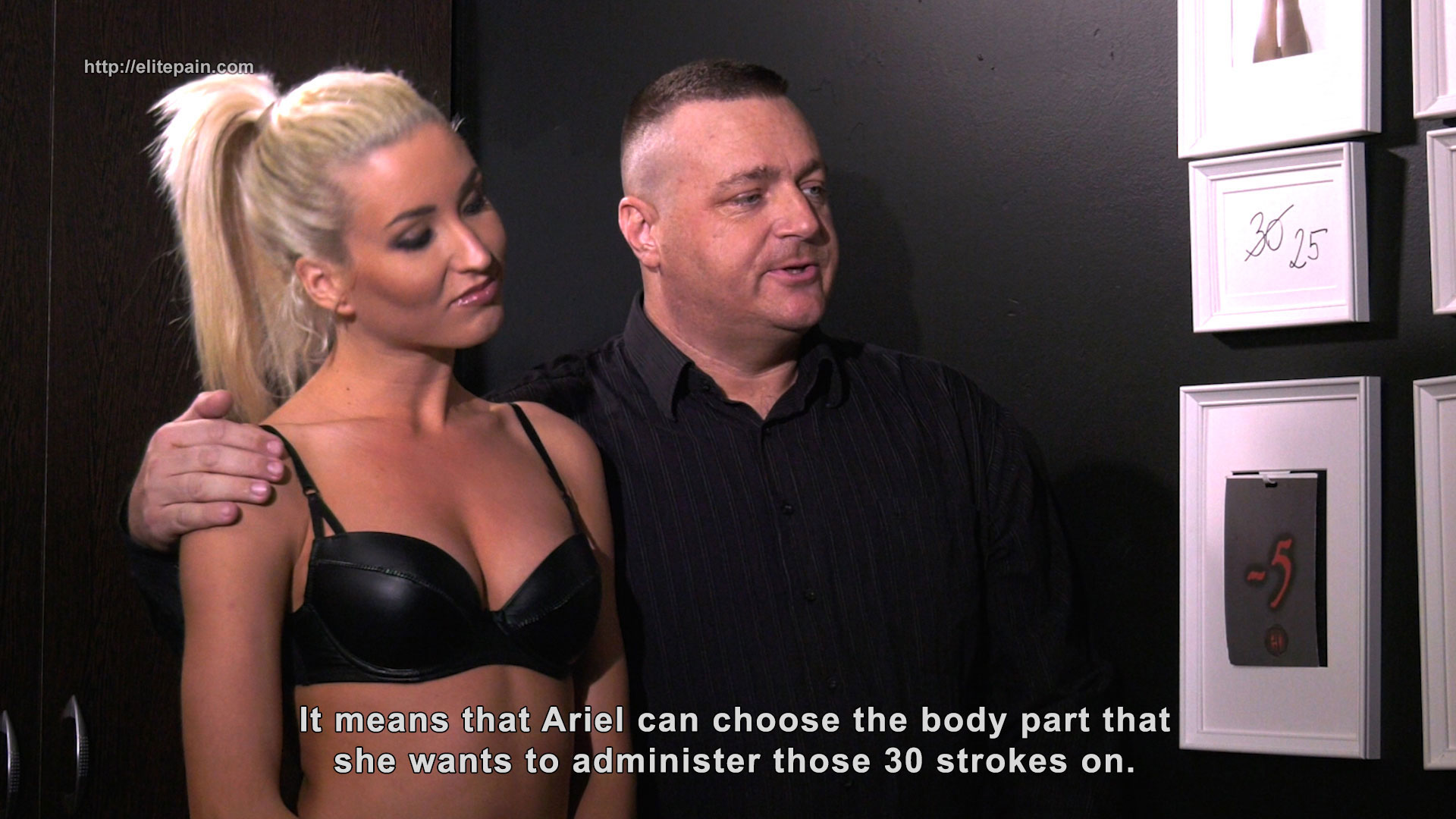 Ariel wasted no time walking to the set. She knew how scared Amanda was to have her breasts whipped. Amanda accepted extra strokes for the game in exchange for not having to assign strokes to her breasts. The deal however did not include if a “Breast” round was the result of a lucky card. Amanda protested insisting her agreement meant no “Breast” round at all. The host and Lady Ariel disagreed. The protest ended with Lady Ariel telling Amanda to either do it or go home a loser. With the 10 moved from the “Pussy” into this round, it is 30 to the breasts. 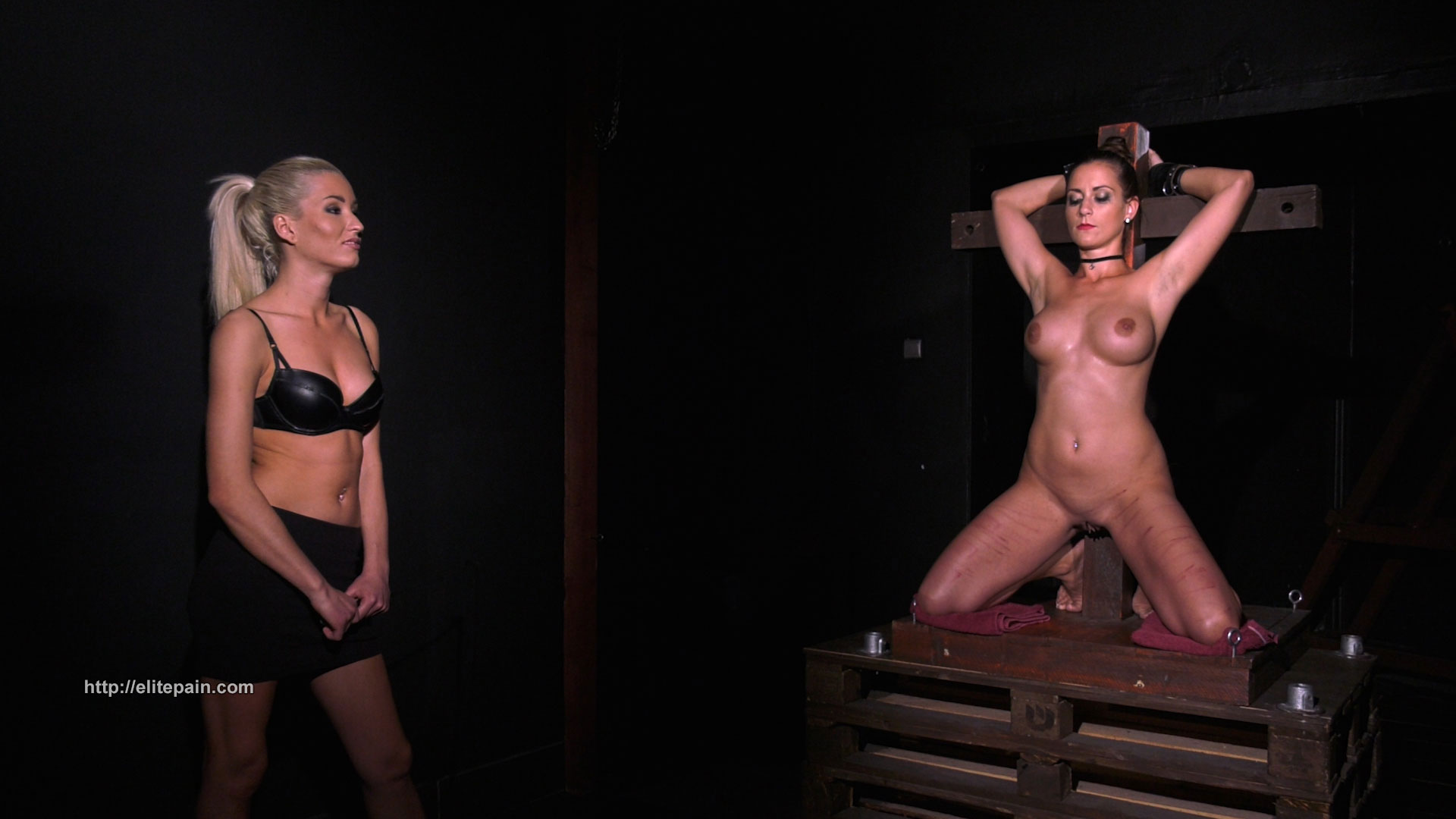 This is Amanda’s nightmare scenario. She was placed on a platform, wrists tied to a post behind her neck forcing her to arch her back and thrusting her breasts forward. She was also on her knees with her legs spread wide. Lady Ariel’s expression was that of sadistic satisfaction as her primary target early in the round was Amanda’s left nipple. Amanda screamed, cried and looked down to assess the damage after almost every stroke. At stroke 18 Ariel draws blood from the right nipple. Amanda screamed “It’s bleeding, Fuck!”. Ariel put stroke 19 on it as well saying, “Now it will start really bleeding!” Amanda had no escape from the agony. Ariel drew blood from the left nipple and nearly drew blood from the right, but Amanda survives to advance to the next round. 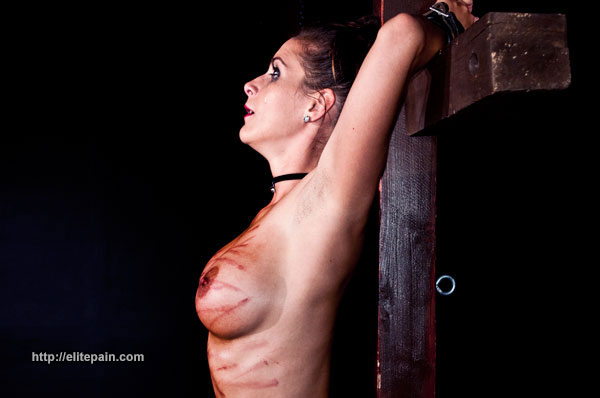 Between rounds Amanda ignored congratulations offered by the host for completing the round. She continued to think she was cheated by having to endure 30 breast strokes. There was now only one round between her and the $15,000 prize. The word “Belly” was printed on the lucky card under “Back”. Amanda looked despondent perhaps remembering the pain she and Tatjana dished to Darcia’s belly in COP 8. 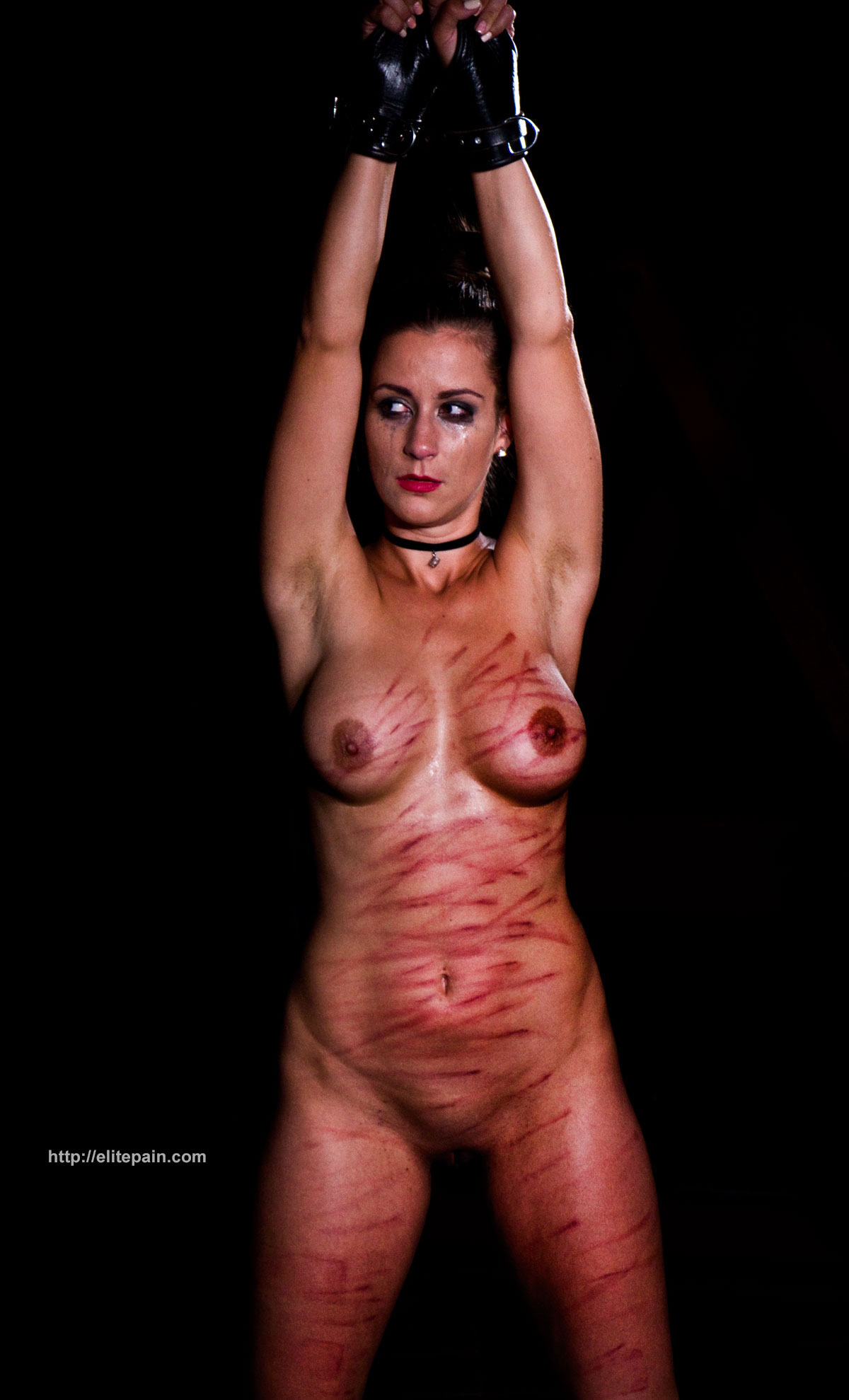 Amanda who was tied arms-over-head also had a spreader bar holding her legs apart at the ankles, had not been shy to toss foul language in toward Lady Ariel throughout the game. Ariel would just smile in return knowing this meant her powerful strokes had Amanda in distress. Now, in the manner of a little girl asking for a lollipop, Ariel requested and received permission to give punishment strokes.

The first of the punishment strokes were issued after stroke 9 when Amanda cried, “I told you not my pussy! Fuck you!” For Lady Amanda, this was going to be a very long round. 60 to the belly with penalty strokes for bad behavior served up three at a time. 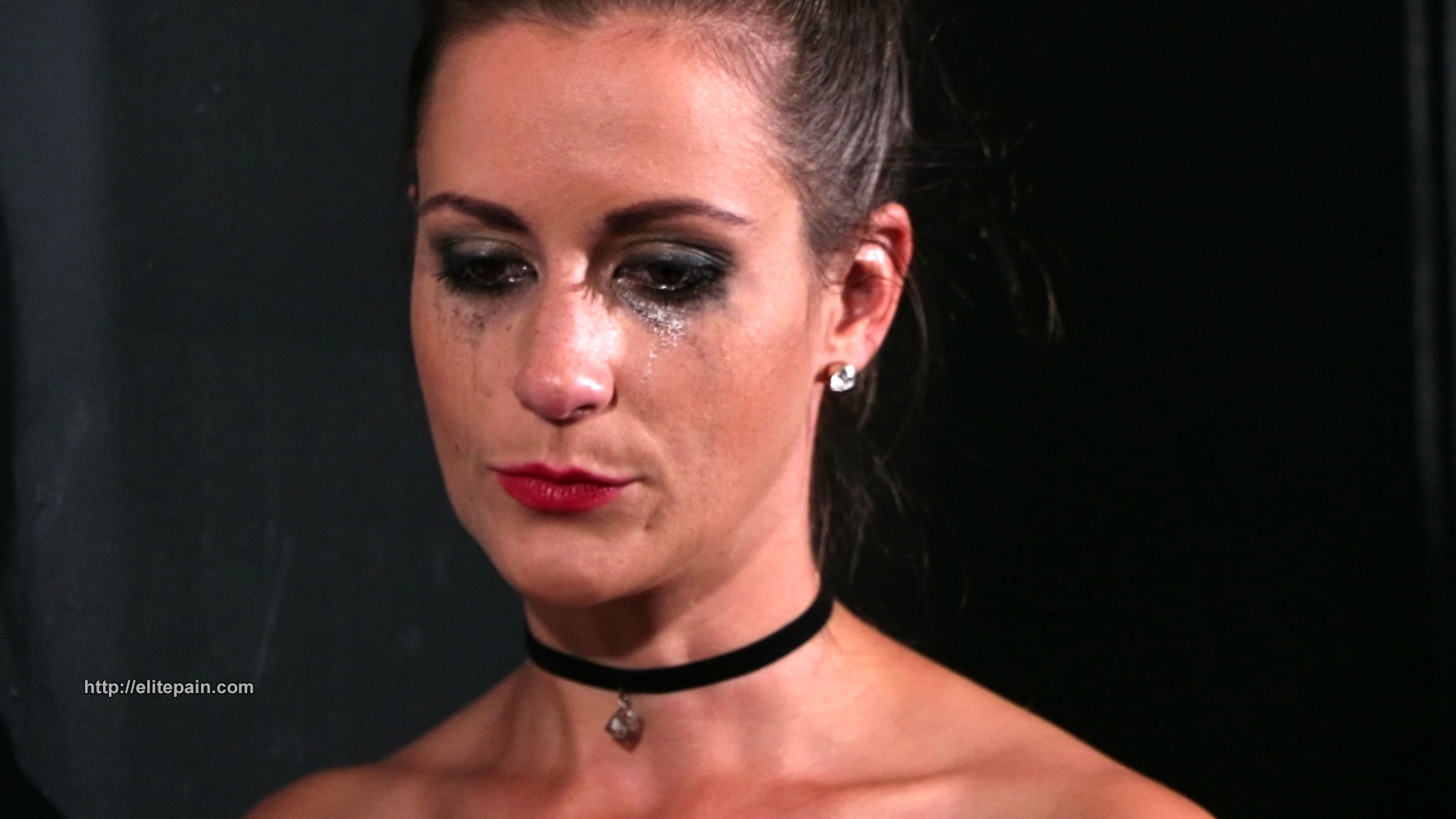 Lady Amanda is the perfect damsel in distress. Her first act of courage was to openly admit she was scared during the opening interview. She is beautiful with teary eyes as her face shows her fear and anxiety. Yet she fights. Lady Amanda courageously answers the call every round and meets the challenge. You must own chapter 2 of this Amanda-Ariel drama. Grade A.

Your reviews are always very interesting to read! Thank you!
Top

Thanks for this review. This is one of the best latest Elitepain movies and Amanda is stunning.
Top

Well written! You beat me to it by a day, but my preparations were so far advanced, that I did not want to desist now.

@Jan
Thank you very much. I am interested to see how you viewed this also.
Top
Post Reply
5 posts • Page 1 of 1

Users browsing this forum: No registered users and 6 guests