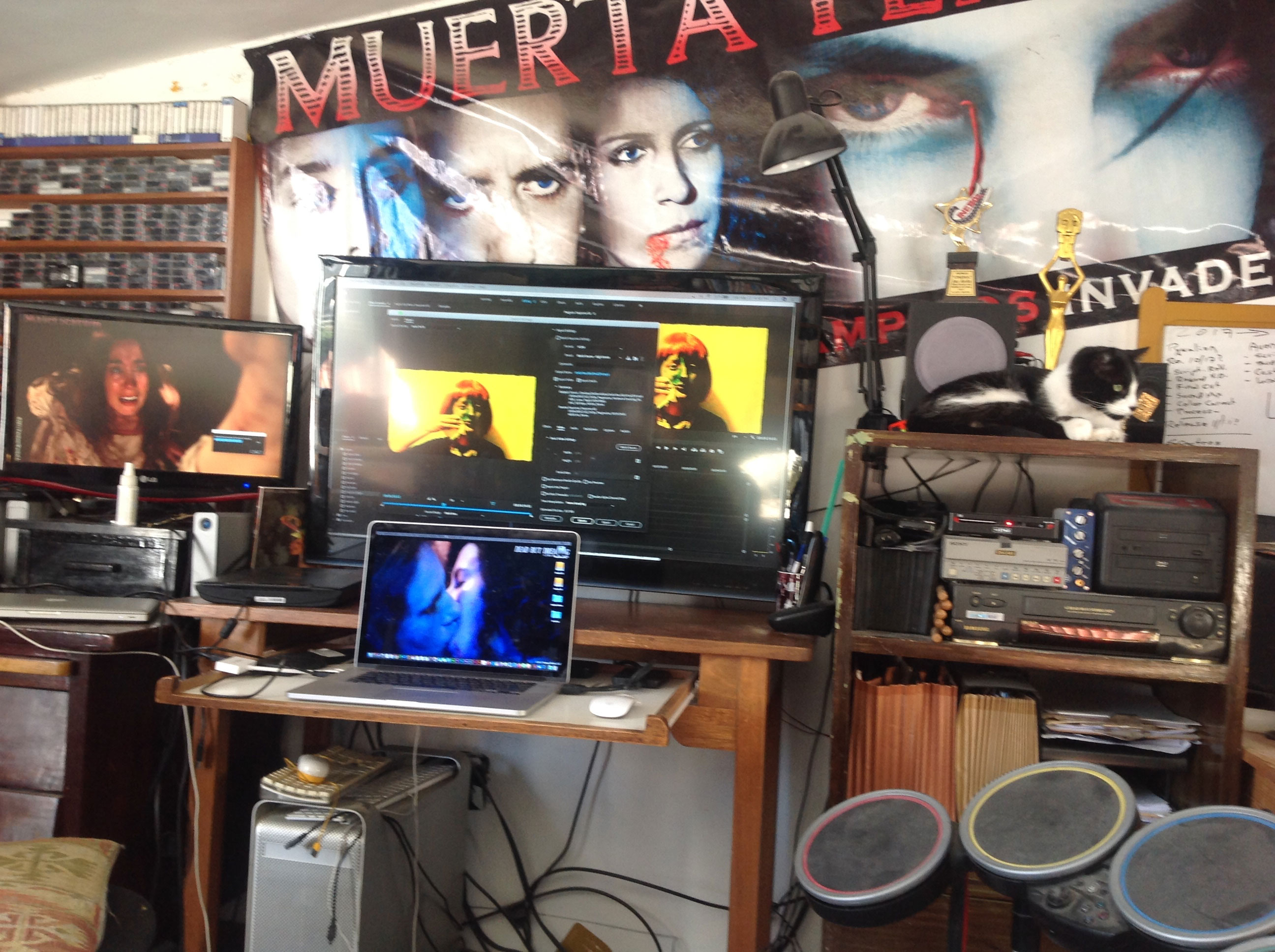 For the first time in many weeks, Dani and Jac will meet to organize the production of the third part of the CruXtreme Series. They will do some tests and schedule the shooting of the new extremely intense film.

Meanwhile, the post production of CruXtreme II - The Roommate is reaching the end, although very slowly.  I don't have a release date yet, I'll know more in the course of this week. 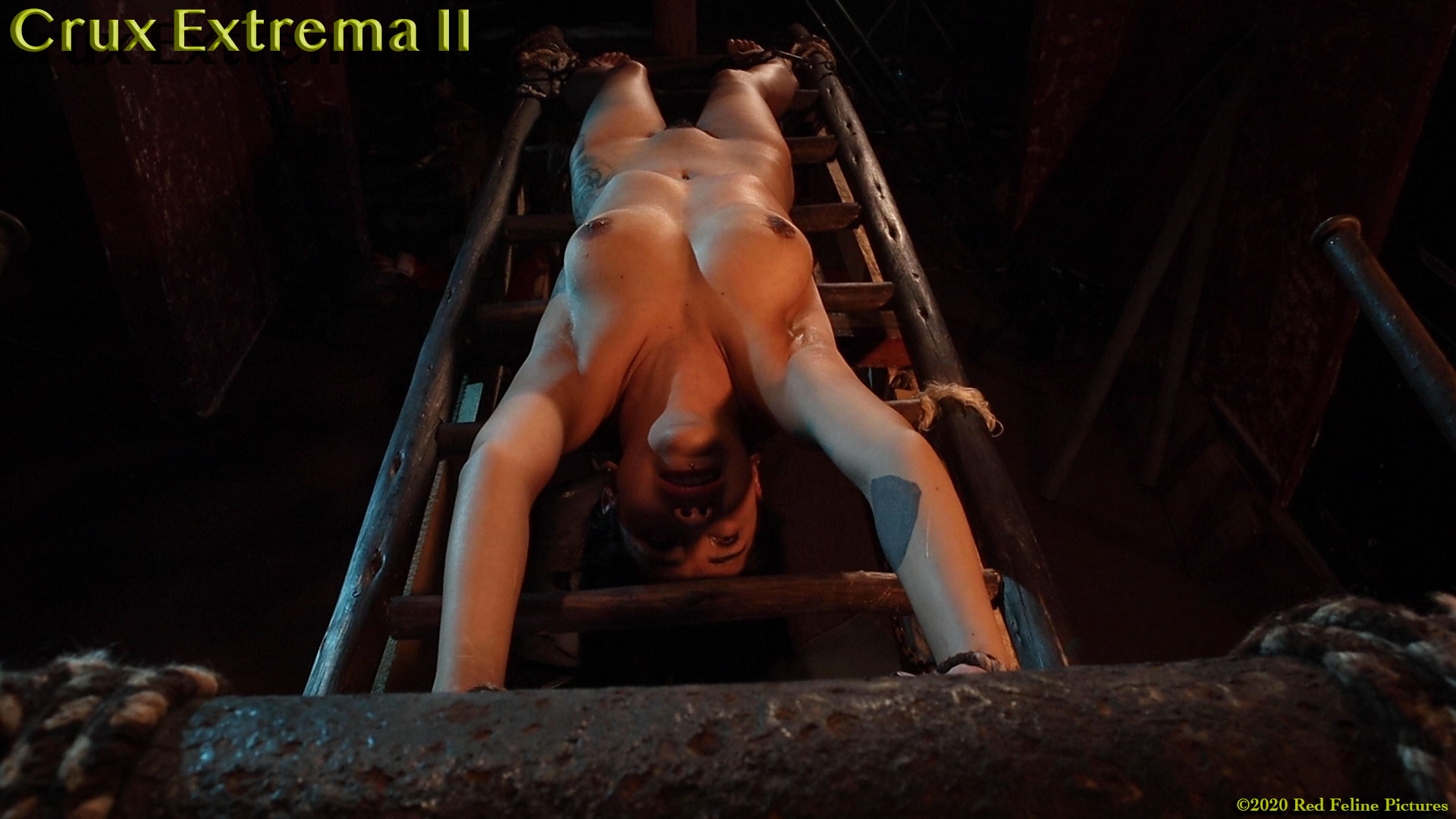 Jackie1111: LOVE the clowns! Also the cat sleeping in the upper right corner of the first pic

The cat was not always sleeping and he (Mitsou) is not the only one. Jac has 5 cats and sometimes at least three of them are on hand for consultations. All of them ON the desk or the surrounding furniture.

Camille has been involved with clowns for a while now. She's part of three theater groups in Paris, one of which is dedicated to bring joy to children. 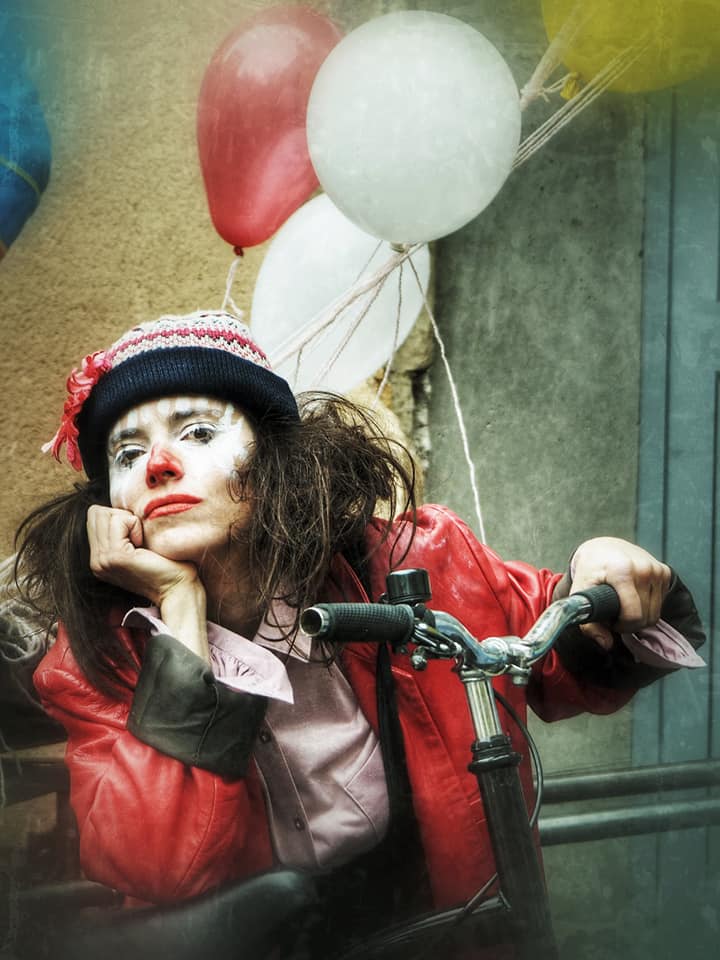 nardnob: Would it be too premature to request a plot-line synopsis of this intriguing endeavor? (Amy's film Rucker The Trucker)

Unfortunately I do not have the permission to say anything at all. The only person in our team, other than Amy and her cast and crew of course, that knows about it and actually saw a rough cut of the film is Jac and he's not saying much. He's discussing it with Amy and that's it. What I can say is that it is a psycho thriller about a man that kills women. Period. And that in the cast there's one very well known singer from a very well known rock band and the main character is played by an actor who has over 40 Hollywood films in his resume.

Ranger1: Thanks Margot for the updates of current activities of your talented staff during these challenging times. It helps many of us to imagine a more 3D reality of your stars and production people than we might glean from watching their riveting performances in RF films. As the weeks go by with little easing of restrictions seeming to be forthcoming in the short term, I wondered how post production work on the shelved RF shoots of past years is coming along. Any news yet concerning projected release of Training of Camille episodes, (or "The Diary of Camille" ?? if that title refers to a different film shoot to "Training of ...) - see attached title shot. Double Cross, Seven Days on the Cross (single edited movie format) Cross and Barbed Wire, and the (torture only version of Martyr at this point in time, please?

Three of the Training of Camille episodes are in the works to be released very soon. One of them will be out shortly. The Diary of Camille is her account of at least three years of her life during the time before working on Red Feline On The Cross. It was originally featured in our club when we started our site, back in 1998. I'm currently setting it up again in the club. However, since now technology permits it, we might publish it with lots of pictures. It's very interesting reading.

DoubleCross, Seven Days on The Cross, Cross and Barbed Wire and The Via Crucis of Saint Eulalia as Performed By Camille will be released during the next couple of months, one at a time. The one that is being set up for release right now is DoubleCross.