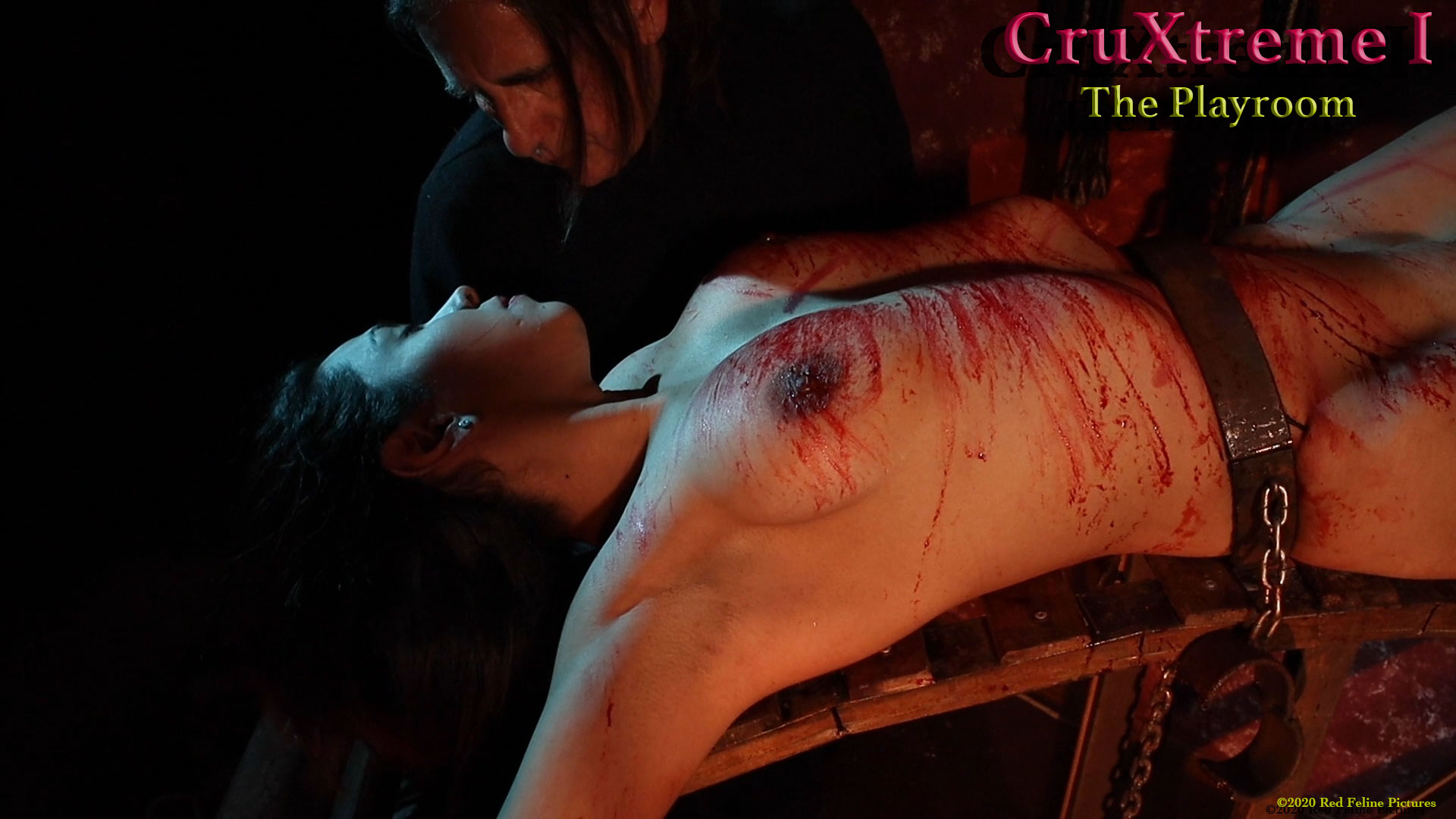 There's a sense of accomplishment when the final sequence of a film is completed. But, is this the last sequence of the film? Is Dani at the end of her suffering? Is Jac satisfied with what he has done during all these days of cruelty? Is Dani willing to continue? Is she satisfied? Did she had enough cruelty showered on her? Can she take more torment? Can her body resist? Time Will Tell, they say.

But there was no time in between. Soon after suffering on The Wheel, Dani was on The Rack for the second film in the CruXtreme Series, a deluge of cruelty falling on her still resisting body. Last I heard, Jac completed the rough cut of the new film and he's now editing down the 4 hours or so of that cut to a manageable 2 hrs in First Cut. CruXtreme II should be release sometime this month. 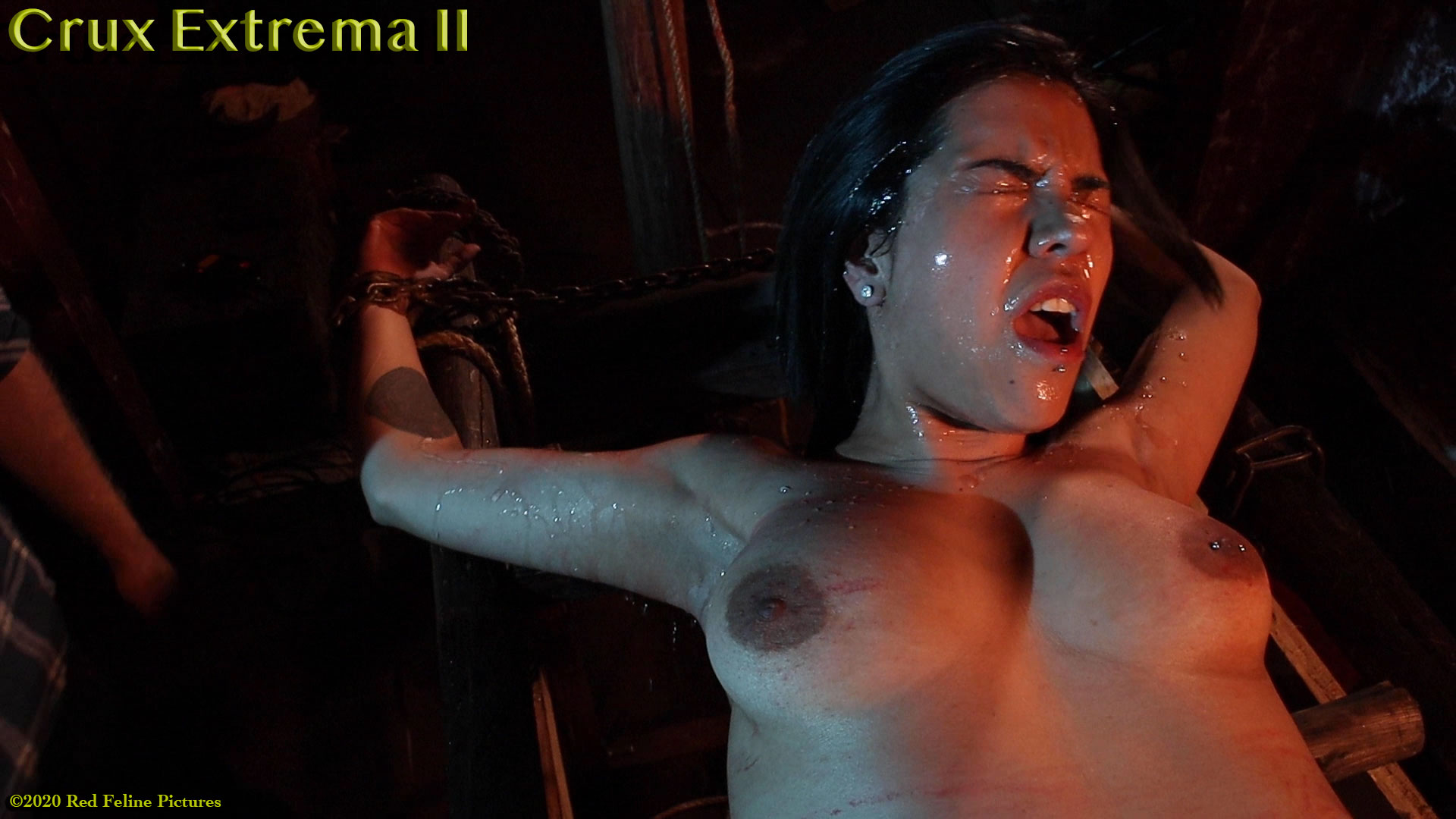 SilentFan I quite enjoyed Maleficarum and it was 100% the burning scene that attracted me to it, as a naked woman burning at the stake is next to unheard of on film. I also have Dead But Dreaming which I wanted because of the crucifixion scene. Although I was a bit disappointed in the way it kept cutting away from the beautiful woman nailed to the cross, to the vampire talking to another girl. Would have liked the crucifixion scene to stayed longer Good work tho!

In Dead But Dreaming the story goes from one time period to another. In this specific case, we see Aphrodisia reminiscing about the time she became a vampire, how no one helped her, how she was flogged and crucified. In the context of the story, the scene had its reason to be, and it could not be much longer. I wonder if Jac would want to make the complete story of Aphrodisia. Then the crucifixion would be much longer lasting, I guess. 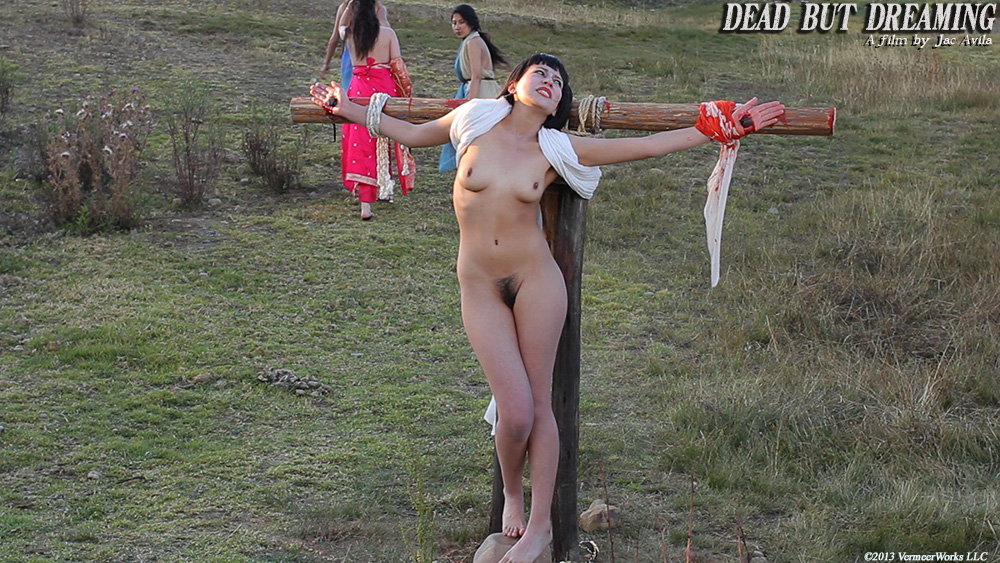 Another film that has Amy burning naked, this time tied to a cross, is in Olalla, a very dramatic film, also dealing with vampires. Olalla was directed by Amy, it is her fourth film as director, she also wrote the script, based on the story Olalla, written by the author of Dr Jekyll and Mr Hyde, Robert Louis Stevenson. I have to say Olalla is a wonderful movie that should be seen by all. 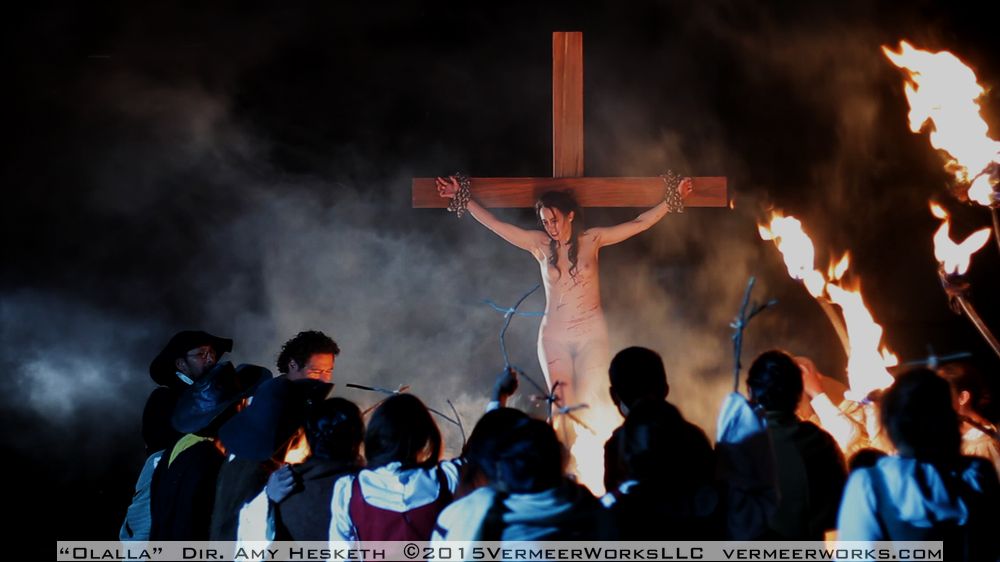