Long before those intense last days of production for CruXtreme III - The Callback, Dani suffered a number of nasty tortures.

After her breasts were wrapped with barbed wire, her wrists were released from their Strappado position and as she stood erect on those nasty spikes, Jac took the nasty looking wooden stake and began to press it's sharp point against Dani's face, as she looked at it in terror, he then proceeded to scratch her neck, her chest, all the way down her belly to playfully stick the point inside the belly button and finally, slowly, caressing what De Sade refers to as Mons Veneris (mound of Venus), Jac brought the stake to it's intended destination.

Pushing Dani's legs open and Jac began to insert the stake into her innermost parts, pushing it in and raising her body up to make to make her sit on the metallic Spanish horse with the stake inside her. Dani screamed in agonizing pain as her insides received the thick stake. 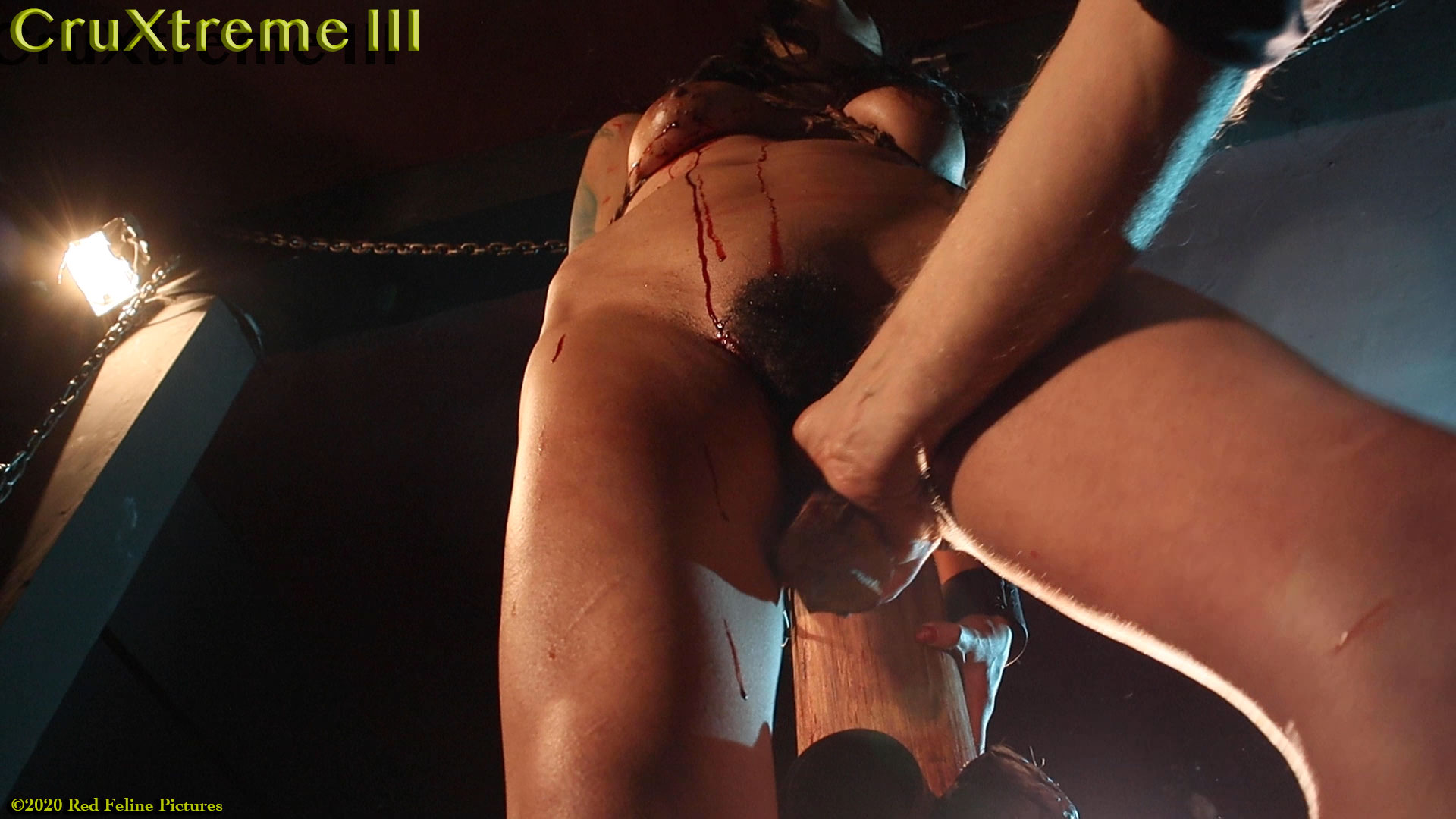 Meanwhile, in CruXtreme II - The Roommate, Dani is now stretched on the rack, laying on her back, anticipating the lash that will fall on her chest, her belly, her legs.

Dani's back hurts, her head hangs down, her wrists feel the pain of the ropes tightening around them. And this is just the third torture. 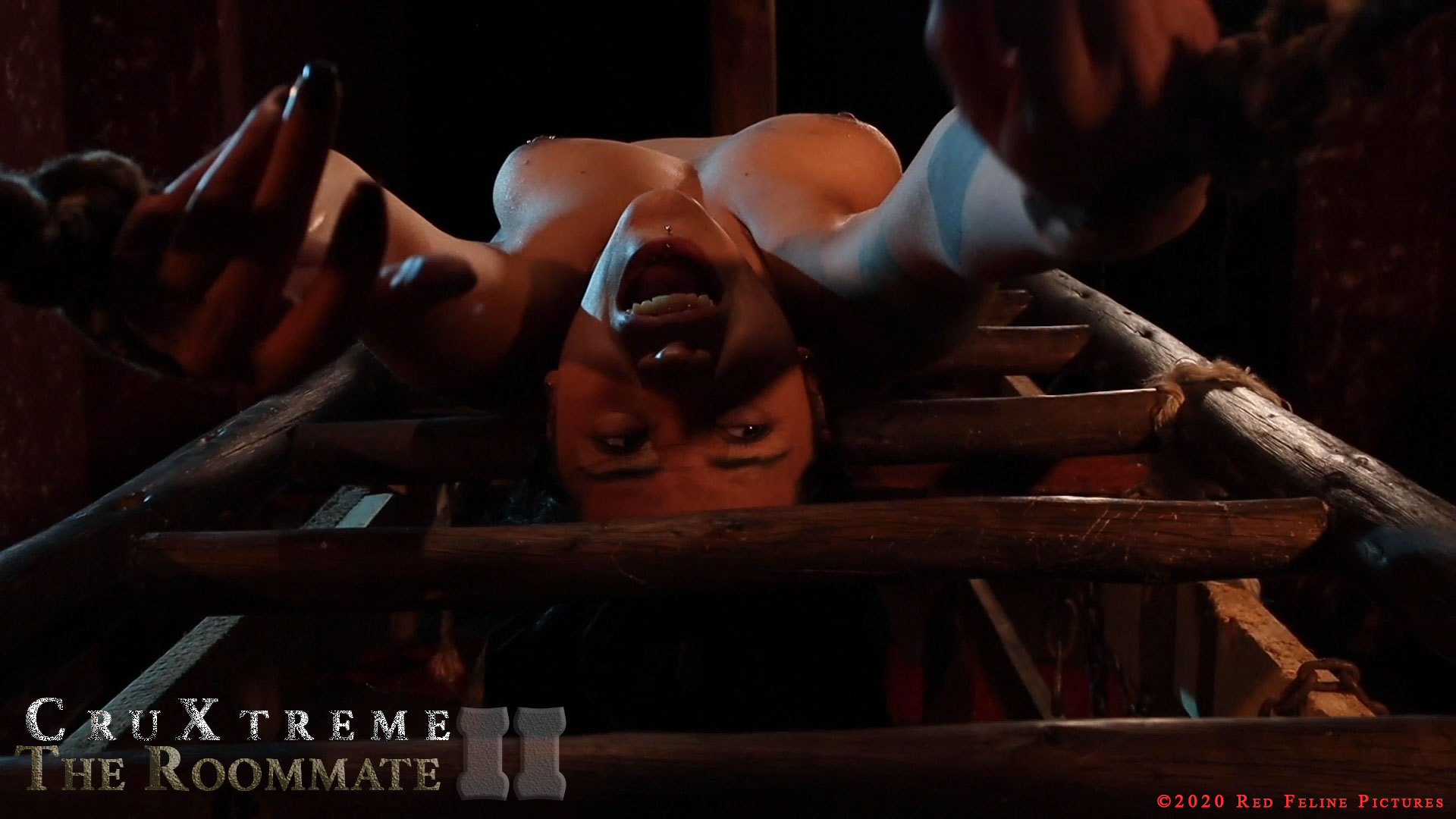 Dani, Mila and Jac were back in the set the past week to continue shooting the new film. Jac's schedule has gone totally busy, so I won't have images from that new production until later. Suffice is to say that from what I hear, the new film is coming along very well, they are having a lot of fun making Mila suffer the indignities of increasingly painful tortures. In the process of making the new film, Jac thought of a couple of new ideas. As Mila waited, naked, tied up, for the camera to be set up in a new angle, Dani, the faithful assistant and new frighten camera operator, and Jac, the devious director, award winning actor and excellent gaffer, had this exchange:

Jac: I want to have your there, of course... making you suffer, but let's get this film done and you'll be suffering more than ever before ... and, better yet, you'll be agonizing with Mila in a new film.

Dani: Both of us? You mean, the Agent movie?.

Jac: N0, I'm thinking of at least two other films before we change the set. One of them will be a rehearsal for the big production values film ... Las Diabólicas!

Jac: Later, we have work to do now.

Dani: Ha ha, oh, you're cruel. You're going to keep me wondering!

One reason why they are working in this manner is because of the Covid epidemic. They are hoping that for the beginning of next year they'll be able to have a full cast and crew to start shooting all those high production value movies Jac has in mind. I know of at least 5 completed scripts ready to go.

And finally, more from the first official review of CruXtreme I - The Playroom
https://3hattergrindhouse.com/2020/09/01/do-you-want-to-play/

Do You Want to Play?
by Rich Moreland, September 2020

The opening scene is shot in the bedroom of the male protagonist (Jac Avila). He has a female guest (Dani Borda) and serves her a drink. They’re apparently lovers. At one point, she tells him, “I like to do lots of things,” and inquires as to what he has in mind that might satisfy her. He suggests “Monopoly,” but that is of no interest to her. She says she is “awful” at that game. That settles everything and he lets her in on his ploy: his playroom. She responds hungrily. “I want to see it!” 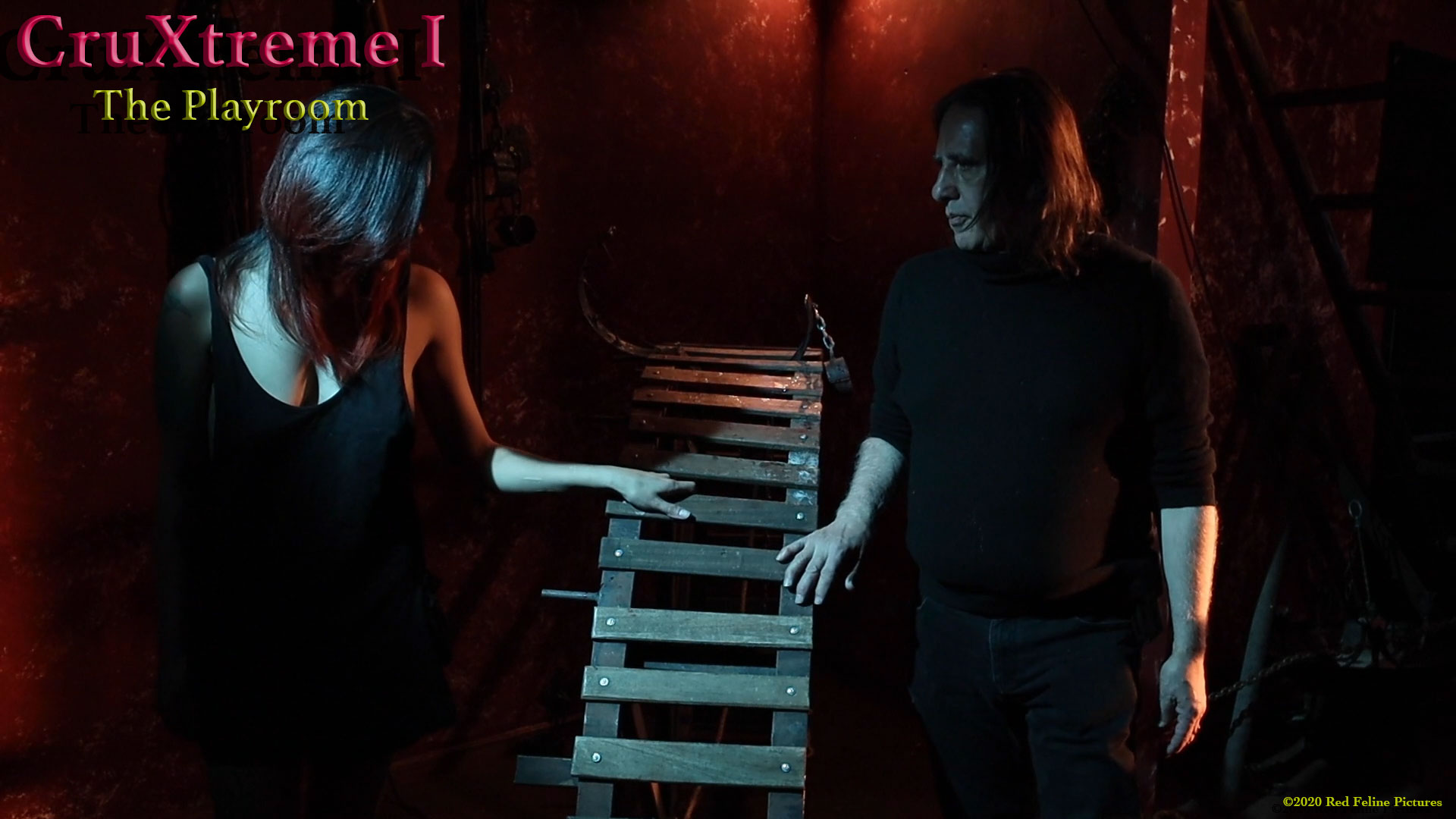